Grading Essays in 24 Easy Steps is a true crime story as old as teachers, writing, and procrastination. 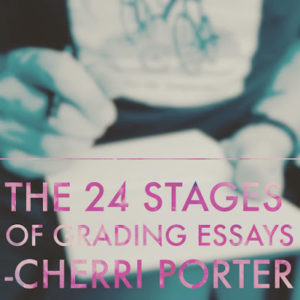